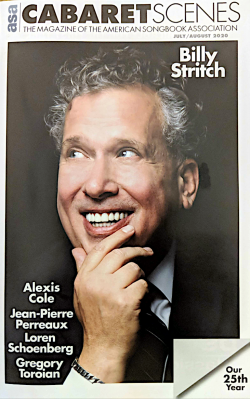 Tech director J-P Perreaux was having some fun with wiring. Not to worry. No audience members were hurt in the delivery of this wattage directed by Lennie Watts with major smarts and style and superbly tech-directed by the award-winning J-P for full dramatic effect, sound effects and all.
Rob Lester Oquote about Billie Roe's Tom Waits Show

Sound Designer JP Perreaux made sure the audience could hear the speakers, sounds, and band perfectly during the show.
Mike Spain ~ dcmetrotheaterarts.com

Thanks to JP Perreaux and The Metropolitan Room for the outstanding engineering and venue for the live recording.
Terese Genecco

The Metropolitan’s J-P. Perreaux, who produced Terese’s CD recorded mpli.live at the club a year ago, provided exciting lights and sound, balanced for the band so much larger than what is customary.  One was never overwhelmed by the sound in close quarters, just overwhelmed the talent of all concerned – a Faye accompli.

The album sounds great, with the live cabaret audience experience really felt. Merci beaucoup for the skillful work of album producer Jean-Pierre (J-P) Perreaux, who has not just talent but a head start, as he is the sound technician at the Metropolitan Room, where the act was recorded, and is nominated for (another) MAC Award for his cabaret sounds and lights work.

Metropolitan Room, the pow of her act is enhanced by the lighting design and sound by this year's MAC winner, JP Perreaux who brings real flair and care to the proceedings.
Rob Lester ~ Cabaret Scenes

Thanks to producer/engineer Jean-Pierre Perreaux, it also fully captures the quality of a studio album and, like that Garland gem, makes for a memorable listening experience.
John Hoglund

J.P. Perreaux's sound was outstanding in its restraint.
Barbara and Scott Siegel